Review: Bookishly Ever After 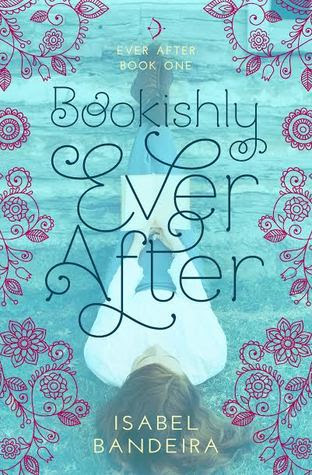 In a perfect world, sixteen-year-old Phoebe Martins’ life would be a book. Preferably a YA novel with magic and a hot paranormal love interest. Unfortunately, her life probably wouldn’t even qualify for a quiet contemporary. But when Phoebe finds out that Dev, the hottest guy in the clarinet section, might actually have a crush on her, she turns to her favorite books for advice. Phoebe overhauls her personality to become as awesome as her favorite heroines and win Dev’s heart. But if her plan fails, can she go back to her happy world of fictional boys after falling for the real thing?

~
I hesitated with this. Not exactly sure why. The concept is seriously adorable. Plus, the cover. I thought the girl on the cover was a mermaid, at first. But really, we all need a Dev. And a gingerbread latte.

Phoebe Martins is a big fan of dystopian. I mean, who isn't, right? So when her best friend, Em, informs her the hottest boy in the clarinet section, Dev, might actually have a crush on her, she couldn't be more dumbfounded, she turns to her books for advice and looks to their heroines on how to handle the situation.

Alongside her great love of paranormal YA, Phoebe works at a knitting store, appropriately named, "Oh Knit!" and enjoys archery. When Dev discovers her mad knitting skillz, he insists she knit him a sweater or something, but she pointedly refuses. Em pretty much insists he wants to marry her.

I think this qualifies more as MG, really. There's really no explicit language. The F-bomb is dropped once and it's used awkwardly. There's also the occasionally makeout but nothing further. It felt like they were in elementary rather than high school and I needed the frequent reminder.

Phoebe's troupe of friends, though, are so fantastic. Whenever she needed them, they jumped at her call and my heart swelled over that.

Dev is also adorable. He's a big Bollywood star. (ha) I thought it was messed-up Em kept telling Phoebe (literally, feel like I'm in high school again, smh) "Oh, Dev likes you. He likes you. It's so obvious, he likes you." When it wasn't? From the beginning, Dev was treating her like a friend. Then, they did that summer camp thing and it got all instalove-y.

Though I really did like the ending, I see there's ground for a sequel. I would've preferred for it to stay how it was, but okay. A cutesy recommend, nonetheless.