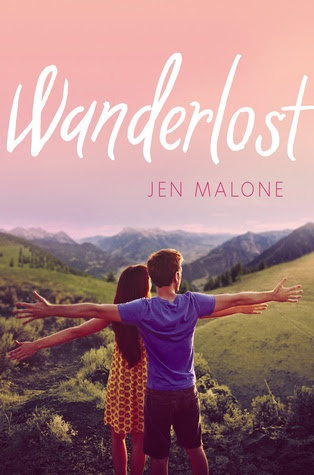 Not all those who wander are lost, but Aubree Sadler most definitely is on this novel’s whirlwind trip through Europe.

Aubree can’t think of a better place to be than in perfectly boring Ohio, and she’s ready for a relaxing summer. But when her older sister, Elizabeth, gets into real trouble, Aubree is talked into taking over Elizabeth’s summer job, leading a group of senior citizens on a bus tour through Europe.

Aubree doesn’t even make it to the first stop in Amsterdam before their perfect plan unravels, leaving her with no phone, no carefully prepared binder full of helpful facts, and an unexpected guest: the tour company owner’s son, Sam. Considering she’s pretending to be Elizabeth, she absolutely shouldn’t fall for him, but she can’t help it, especially with the most romantic European cities as the backdrop for their love story.


~
So I was disappointed. (Also, I suck at starting reviews. Blah.)

Aubree "Bree" Sadler has thrown a rager. Fuckboys are everywhere. Her sister, Elizabeth, decides to take the fall when the officers arrive. However, the arriving officer has had bad blood with Elizabeth. After a short disagreement, he arrests her on the spot and Elizabeth is dragged to the police station, hysterical.

Elizabeth realizes she can no longer lead her European Old People Tour due to her pending criminal charge, so she informs Aubree, who is like: "The hell you talking about, sis???" The lightbulb clicks in that moment and Elizabeth decides to relay her touring duties to Aubree. However, Aubree has to pretend to be her.

Okay, so this would never work for me. I look absolutely nothing like my sister. Aubree takes along her sister's passport and other important paperwork, and is repeatedly questioned over her sister's accomplishments and is like: "Oh my gosh, she did THAT?!" You may as well go home.

I couldn't handle Aubree's stupidity. If you've ever read Anna and the French Kiss, you might be reminded of Anna. (i.e. "A cheese shop??? An Austrian McDonalds???" Okay, yes, darling. Those do exist.

I didn't like the old people either. They weren't too interesting. There was a pervy couple. A bitter old woman. One of the ladies broke their arm and decided to stay on the trip, anyway. I admire the resilience, but I wouldn't. It felt like the point of them was to spit occasional wisdom (i.e. The Trouble With Destiny).

Both stars are for Sam. He's adorable, hilarious, and quirky-weird. Their romance was a little instalove-y. Ironically, he does throw instalove a mention in the beginning, though. Such a cutie, he melts my heart into cheesy YA Contemporary goo. The only bad thing about him is that he's an oversharer.

The plot-twist was overdone and unnecessary. Pure irony, the only one who knew about Aubree's secret had to go. No one even grieved. I adore the cover (Titanic feels, anyone?) but I was far from impressed by this YA.